Following track meets on April 4th – April 10th the track and field athletes of the week for the Southwestern Conference were announced this afternoon. Below are this week’s honorees:

Female Track and Field Athlete of the Week
Jadden Young (Sr)
Midview
Young won four events at the Midview Shipwreck Invitational last week.  The senior was the winner in the 100m, 200m and helped the 4×100 and 4×200 relays teams to victory.

Male Track and Field Athlete of the Week
Thomas Coble (Sr)
Berea-Midpark
Helping Berea-Midpark win the Lakewood Ranger Relays on Friday, Coble won two events on the afternoon.  He finished the 3200m race in 9:56 and helped the 4×1600 relay team to victory with his 4:40 split.

Wade Nelson (So), Avon Lake
In a conference dual meet with Amherst Steele, Nelson jumped 20-07.5 in the long jump for the Shoremen. 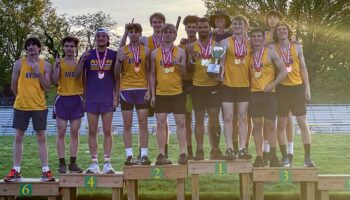 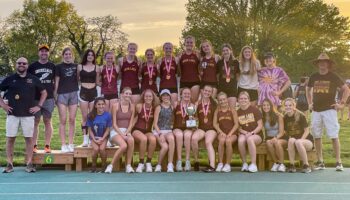