Follow along this week as we preview each of the Fall sports as they begin their 2019 campaigns:

2019 Season Outlook: Five of Amherst’s top seven runners from last year’s OHSAA District Championship team return for 2019.  Strong leadership from their seniors has resulted in a solid summer of running while building discipline, injury prevention measures and brotherhood. The Comets are looking for their best season yet.

2019 Season Outlook: Graduating only one starting Senior from the 2018 season, the Eagles will enjoy a deep squad with lots of returning starters. The team runs as a close unit and hopes to place high in several invitationals throughout the season. Although Avon lost by one point last year at SWC, they are aiming to advance to the State meet.

2019 Season Outlook: Not submitted in time for release.

2019 Season Outlook: This is the first year of Coach Barnes coaching the Boys team.  With eight freshmen and five sophomores, the Titans have a young group with great potential.  The Titans will rely on the leadership of senior captain Josh Carver and junior captain Nathan Demian in 2019.

2019 Season Outlook: Graduating two of their top seven runners from a young team in 2018, Lakewood looks to come back and defend their conference title this season. With a large incoming freshman class, the young Rangers team is looking to improve and stay strong in the coming years.

2019 Season Outlook: The Middies are a growing program. Coach Manning is excited for the upcoming season. She has a good mix of veteran and new runners in 2019 and is looking forward to seeing a lot of PRs this season.

2019 Season Outlook: The Eagles have the talent to bounce back from their 2018 season.  D’Alessandro feels with the proper mix of attitude, effort, and motivation, this can be a very successful team.

2019 Season Outlook: After a solid summer of training, returning veteran leadership, and important additions led by Caden Blaylock (So) and Gustavo Imbacuan (Fr) the Rangers feel ready to compete in the conference.

2019 Season Outlook: New at Olmsted Falls, Head Coach Hunter Heaton is eager to help his team grow.  After finishing seventh last year, the Bulldogs have their eyes set on a top four finish in the conference in 2019.

2019 Season Outlook: This year’s Westlake team is poised to capitalize on potential that has been building for a couple of years. Many runners in the senior, junior, and sophomore classes come in with a lot of varsity experience, and the incoming freshman have shown potential in the early parts of the season. The Demons have bought into a team first mentality, and are working together collectively toward individual and team goals. This season Westlake is hoping to win the SWC for the first time since 2000 and qualify to regionals as a team for the first time since 1999. Coach Romansky has strong front running in Colin Walsh, Lance Clemons, Matthew Eadie, and David Daniel. Ivan Tucholski, KJ Mueller, Eric Kronz, Vivek Aslot, Kris Regas, Jake Rintamaki, among others add depth that will allow Westlake to perform at the highest level. 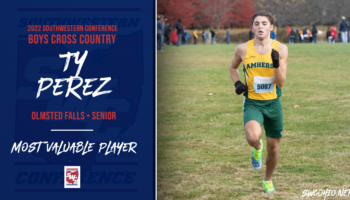 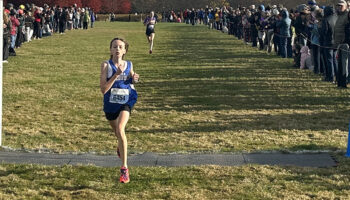