Following a three-month delay, the Southwestern Conference will host its annual Cheerleading Competition Saturday (January 23) evening. The new location for this event is Midview High School’s Kubuski Gymnasium. Performances begin at 5 PM. This event, like the other league championships this winter, will not have spectators but be streamed live for FREE.  The link is https://www.youtube.com/channel/UCQLVIlbQd7Rr1SwEIk1S2Kg

There will be six of the nine schools competing Saturday evening. Amherst Steele, Avon, Avon Lake and Midview have squads in both divisions, while Olmsted Falls has only entered a traditional competition squad and Westlake only has a Game Day squad. Both the Traditional and Game Day scoring is out of 100 points. There will be a Game Day winner, a Traditional Comp winner and a Grand Champion that combines the scores of both divisions. Due to COVID-19 concerns the Jump-off and Tumble-off have been canceled for this season. All-SWC will be announced at a later date.

Avon Lake is the two-time defending champion in the traditional competition, having won in 2018 and 2019.

Below is the schedule of competition. Doors open for competitors at 4 p.m. Only those on district-approved pass lists will be allowed to enter the facility.

Good Luck to all teams on Saturday! 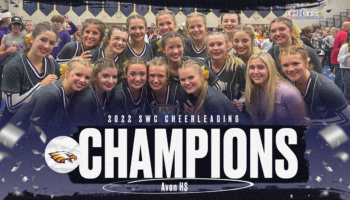 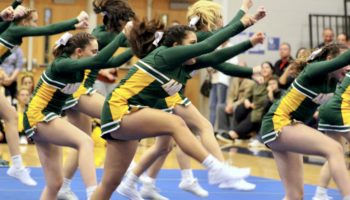