The Southwestern Conference released its Girls Golf Athlete of the Week for August 28 – September 3 this afternoon. Below is this week’s honoree:

Girls Tennis Athletes of the Week
Gabby and Kat Yates
Midview
Senior and Sophomore
The sisters combined forces to win the Lorain County Athletic Administrators Association (LCAAA) Tournament at first doubles this past weekend. They became the first known gold medalists at the event in program history. Both also picked up victories at Norwalk earlier in the week.

Abby Pirnat (Sophomore), Olmsted Falls
The third-singles player had a big win over Rocky River and is now 6-2 overall and 4-2 in the SWC. 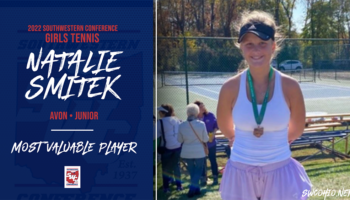 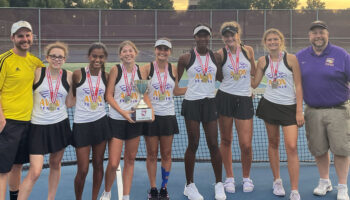