Each month, the Southwestern Conference will recognize student-athletes who are excelling in the classroom as well as those who have demonstrated the highest levels of integrity and sportsmanship.  For October the SWC recognizes the following student athletes: 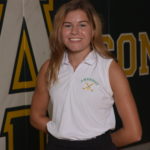 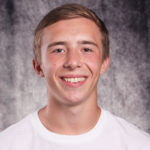 Like Iliff at Amherst Steele, Reardon is the president of the National Honor Society at Berea-Midpark.  A three sport athlete for the Titans, Reardon still finds the time to make academics a priority, holding a 4.500 cumulative grade point average.  Reardon is currently enrolled in AP Computer Science A, AP Psychology, AP Statistics and Engineering Design and Development.  The senior has been nominated student of the quarter in several courses in his time at Berea-Midpark (4) as well as receiving AP Scholar with Distinction and the honor of Summa Cum Laude.  Reardon also gives back to his school by serving as the Link Crew Commissioner at Berea-Midpark High School. 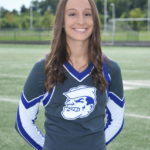 Ferritto is a role model for Midview students in the classroom, in the hallways, on the sideline, on the track and on the mat.  She exemplifies what it means to be a Middie.  Ferritto is a three-year varsity letterwomen in fall cheerleading, while also letterwinner with the Track and Field team.  Her sophomore year, Ferritto began concentrating on the Middies’ nationally recognized Competition Cheerleading Program.  The senior is a class officer and Student Council President, as well as a member of National Honor Society and Key Club while also active with Best Buddies and Midview Sparkle.  Ferritto has done multiple community service projects through NHS and Key Club, including volunteering for youth cheer camps, putting together Narcan bags for the health department, and compiling bags of food for families in need. 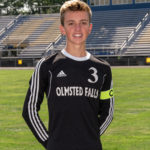 Both on and off the practice field, Allan is a constant leader for the Bulldog Soccer program.  The senior represents the program well when talking with other players and coaches from opposing teams.  Allan is a member of National Honor Society as well as Math Honors Society.  He has volunteered his time with food distribution at a local church with Vitamix as well as traveling to Chicago with his family to participate in projects that packaged food for families in need.  He is the definition of what it means to be a Bulldog.