Each month, the Southwestern Conference will recognize student-athletes who are excelling in the classroom as well as those who have demonstrated the highest levels of integrity and sportsmanship.  For March the SWC recognizes the following student athletes: 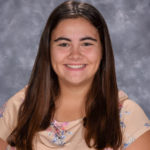 The senior Comet currently holds a 4.467 cumulative grade point average, the sixth highest out of 313 seniors at Amherst Steele High School.  Vorhees has received the Academic Achievement Award all four years and will be graduating this Spring with an Honors Diploma.  On top of taking AP European History and AP English Literature and Composition, she is enrolled in four College Credit Plus courses.  A member of Student Council, National Honor Society and LEO Club where she is the Head of Communications and Publicity, Vorhees also finds time to volunteer at the Second Harvest Food Bank and the Friendship Animal Protective League. 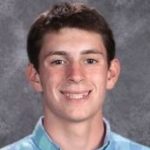 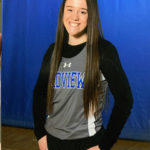 Lauren, the daughter of the late Troy DiFranco, has endured so much over the last year but has maintained a positive outlook. She is always one of the first to assist when there is a call for volunteers and well respected among the entire student body. Sportsmanship has always been the focus of the DiFranco family. So much so that for the last 20 years there has been a DiFranco Sportsmanship Scholarship for graduating seniors. Lauren carries on her father’s legacy in all that she does. Quiet by nature, she has blossomed into a leader in the Track and Field program. The coaches and her teammates, as well as so many family members and fans, were looking forward to watching her compete in high jump and long jump this spring. She serves as the Key Club Co-President and is a Student Council Class Officer (4 Years); DiFranco is an active member of Link Crew, National Honor Society, Teen Street Team, Anti-Vape Committee and Hall of Honor Selection Committee. In her spare time, she does a lot of babysitting. 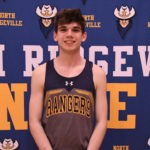 Reynolds embodies the definition of an athlete who displays great sportsmanship.  A hard worker for the Rangers, Reynolds dedicates himself to both the craft of his sport as well as in the classroom.  A solid role model for all younger athletes, Reynolds hopes to give back to his community with a potential 2021 North Ridgeville Youth Running Club. Eric also participates in the Champions 4 Life Leadership Group as well as help at his senior class by being a member of the Prom Committee.