Follow along this week as we preview each of the Fall sports as they begin their 2019 campaigns:

2019 Season Outlook: Amherst had a solid 2018 season and a strong finish last year winning the SWC Tournament Championship, Lorain County Championship and qualifying for Districts. That experience and having 5 returning players should help the Comets have a solid 2019 season. Gillam hopes his team can receive favorable bounces from the golf gods and to be competing for the SWC championship this year.

2019 Season Outlook: Coach Stevens expects the Eagles to be very competitive in their regular season matches.  Avon’s goal is to steadily improve throughout the regular season so they are ready for the SWC Championship and Sectionals.

2019 Season Outlook: The Shoremen look to compete with the top teams in the conference. Tyler Madden will be a four year Letterman who consistently shoots low scores and is someone the team can count on and looks to anchor the team along with Ryan Shinko.  Shinko will be a 3 year Letterman who had who missed going to states last year by one  drive and this year looks even stronger and more focused on making it to states.

2019 Season Outlook: Coach Moskal is optimistic for the 2019 Titans campaign as his team has faced the growing pains as freshman and sophomores in previous years.  With more experience under their belt, the Titans look to ramp up competitive play, competing being the motto “Next year is this year”.

2019 Season Outlook: The 2019 Rangers team will have a mixture of seasoned upperclassmen and freshmen.  Smith looks for his Lakewood team to continue to grow and hopes the freshmen will be able to contribute to the teams success.

2019 Season Outlook: With a very young team in 2019, Midview looks to improve on last year’s conference and tournament play as it develops its youth.

2019 Season Outlook: The Eagles are hoping for strong senior leadership from the two returning starters to lead the team during the 2019 season.

2019 Season Outlook: With a young squad entering the 2019 season, Coach Belpulsi has tasked his Rangers with concentrating on getting better every day as North Ridgeville develops its youth.

2019 Season Outlook: The Bulldogs look to be a very competitive team in 2019. The team has key players returning from last year who have worked very hard preparing for this season. In addition, freshman Ben Scheeff is a very talented player which is a great addition to our starting lineup. Olmsted Falls started the season with a tournament win at Grey Hawk with a team score of 310. Scheeff was medalist with a score of 74. The bulldogs set their goal to be one of the top teams in the SWC as well as a District Qualifier in October.

2019 Season Outlook: The 2019 season looks to be a promising one as all of the 2018 varsity team returns. The Demons look to compete at a high level in both the conference and post season play. Having familiar faces return should make for a fun and competitive 2019 campaign. 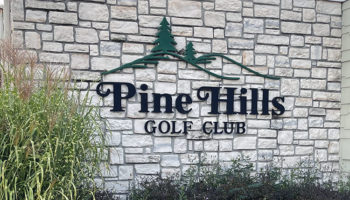